Using Gist, you can send out drip campaign messages as spaced out as you like.

You can decide how long to wait between two consecutive messages within a campaign, so you don’t overwhelm your users with emails.

Spacing between emails is a compulsory field and you can schedule an email to be sent at least ‘1 day’ after the previous email. There is no maximum limit, but we recommend you to not exceed the gap more than 1-2 weeks in order to create a successful campaign.

We also recommend leaving at least ‘2 days’ between successive emails in order to avoid overwhelming your users.

When the specified time period between two emails is up, Gist triggers the next email automatically, without your intervention.

How to change the order of my emails in a campaign?

Even after a campaign is created and emails are set as live, you can change the order of emails if you like.

To do this, go to the Campaigns page in the Emails section, and click on the campaign which you’d like to make changes to.

Once inside the campaign, you can see the emails in a sequential order, and Gist will send them in the same order.

To change the order, click on the hamburger button (the one with three horizontal lines) before the name of an email, and then drag the email as you like. 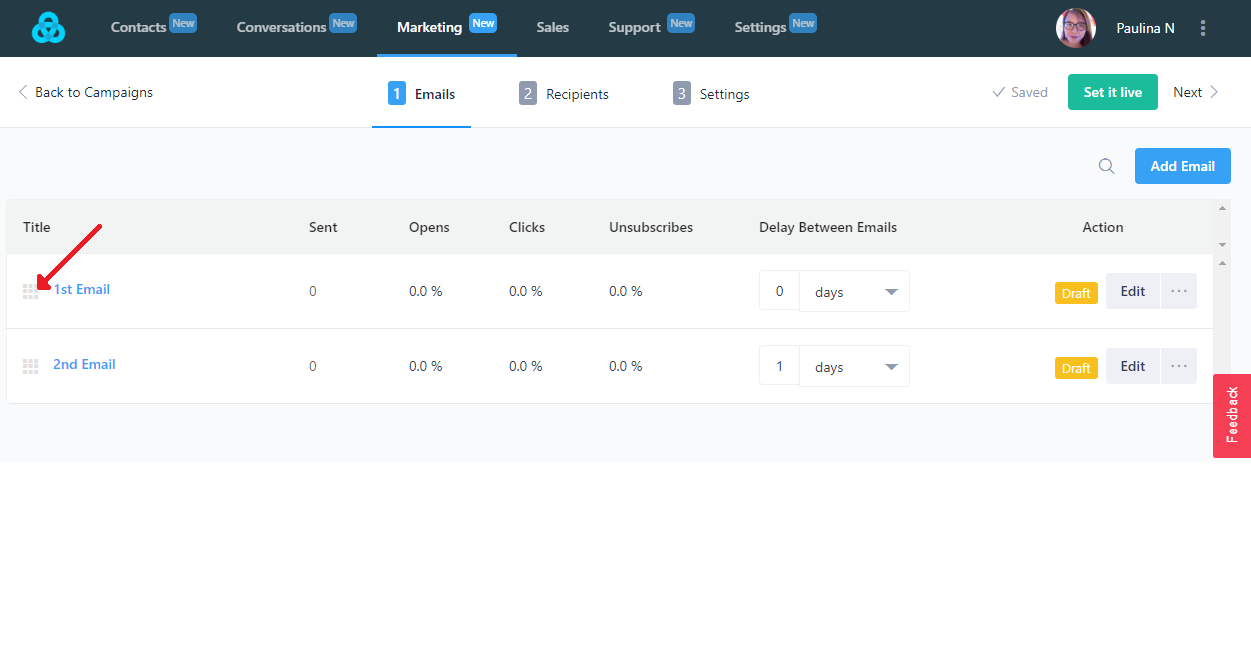 You can change the positions of emails as many times as you like, and the changes will come to effect from the next iteration of the campaign.

If you have any further questions, please start a Live Chat. Just "Click" on the Chat Icon in the lower right corner to talk with our support team.

Did this answer your question?

We run on Gist